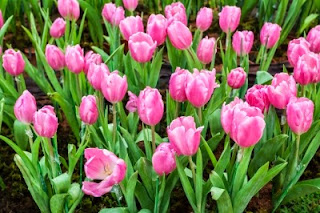 Greetings everyone! Happy Spring! The start of a new season is the perfect time for new things, and this issue of the Quill is no exception. I’ve included information about my latest historical romance, links to new guest blogs and other important sites, and I answer a few FAQ in Kelli’s Corner.

Latest Romance Release…
I’m pleased to announce the release of my western romance, Love, Lies and Redemption. Set in 1877 Nebraska, this novel blends a sensual love story with mystery and danger.

Recently I’ve started using universal book links from Books2Read. If you’re not familiar with universal links, they’re great. Simply click on a book’s link and you’ll instantly see where you can buy the book. Whether it’s available on Apple, Kobo, Sribd, or another platform, you’ll always have options.  (My Amazon books on Kindle are still retaining those links, however.)
Each book has its own page complete with a full book description and links.

My main author page is: https://www.books2read.com/ap/nkvddR/Kelli-A-Wilkins
Don’t forget, you can get a full list of my Kindle books here: www.amazon.com/author/kelliwilkins

Like feisty Irish heroines? Read about the making of Dangerous Indenture - A sensual historical/mystery romance set in Pennsylvania Colony in the early 1700s.  https://www.kelliwilkins.com/post/like-feisty-irish-heroines-don-t-miss-dangerous-indenture-a-colonial-romance-mystery

Did you ever wonder how writers create interesting characters for their stories? Find out in this guest blog: http://mariacatalinaegan.com/2020/03/03/creating-characters-with-author-kelli-a-wilkins

February was “Women in Horror Month” and Kelli blogged about horror writing. If you’re ready to get scared, don’t miss this blog: https://www.kelliwilkins.com/post/february-is-women-in-horror-month

Enjoy Women in Horror Month with a Nightmare in the North! Kelli shares an inside look at her terrifying tale here: https://www.kelliwilkins.com/post/celebrate-women-in-horror-month-with-a-nightmare-in-the-north

Learn how to add romance to every weekend here: https://www.kelliwilkins.com/post/celebrate-valentine-s-day-all-year-with-romance-every-weekend-104-fun-ways-to-express-your-love

When is the best time for you to write?
I don’t have a set time or place devoted to writing. Basically, I write anytime, anywhere. I like to write outside, so if I’m working on a book and the weather’s nice, I’ll sit in my yard and write or edit, or outline a new book. Otherwise, I find a quiet spot in the house and write.

How has your environment/ upbringing colored your writing?
Growing up in rural NY (in the woods, as I sometimes say) helped me understand small town life, and get a great respect for nature. When I want to tap into the horror side of my imagination, I think about how it was to grow up in an environment where houses were far apart, there were no streetlights, and you could drive into really creepy and desolate areas and not see any people.  Most of my short horror fiction takes place in small towns (usually on or around Halloween). Autumn is my favorite season, and Halloween is my favorite holiday!

What do you want to resonate with readers when they read “The End”?
I want readers to feel as if they fell in love with the characters, read an interesting story, and come away satisfied with the ending. I try to include something for the reader to think about in each book (a theme or a social comment) that is introduced through characters, scenes, or situations. I think it takes the book to a higher level and adds another dimension to the writing. Of course, when readers finish one of my books, I’d like them to read another one of my books and meet some new interesting characters!

What are you working on now? More romances? Horror stories? Both?
My historical romance novel, Love, Lies and Redemption was just released, so now I’m taking a break from romances–and full-length novels–for a while. I’ll be focusing on short horror fiction for most of 2020. I’ve already written a new short story and I have lots of ideas for more spooky stories. Readers can follow my blog or social media posts for new release info and links.

I hope you enjoyed this spring edition of the Quill. Enjoy the season!

Posted by Kelli Wilkins at 9:36 AM No comments: 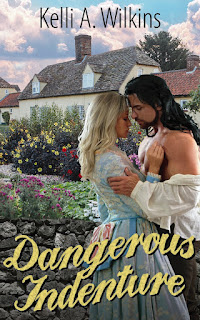 Today I’m sharing a look at the making of my historical romance, Dangerous Indenture. I’ll discuss how the book came about, the research involved, and how I created these unique characters.

As most readers know, I write romances in nearly every genre: contemporary, historical, fantasy, gay, and paranormal. When I write historical romances I never know where (or when) my story will take me. Redemption from a Dark Past is set in the kingdom of Hungary, Loving a Wild Stranger is a pioneer romance set in 1823, and Dangerous Indenture is a sensual historical/mystery set in Pennsylvania Colony in the early 1700s. Here’s the book summary:

Desperate to escape her past in Ireland, Shauna Farrow signs on to become an indentured servant to Joshua Stewart, a wealthy man in Pennsylvania Colony. But a life of servitude quickly turns to drudgery, and Shauna’s hopes for starting over and creating a better life for herself are waning—until she meets her master’s roguish son, Ashton.

Ashton needs to redeem himself in his father’s eyes and earn the respect he has always longed for. Meeting Shauna turns his life around, and he sets out to win her heart. Torn between propriety and passion, Shauna struggles against her growing attraction to Ashton as long as she can. But amidst their flirting, something dark stirs. Shauna soon discovers why no other servants wanted to work for the strange Stewart family.

Stewart House has an unsavory reputation: a previous servant died there under mysterious circumstances. When another servant goes missing in the middle of the night, Shauna is convinced that a member of the family is responsible.

Shauna’s investigation leads her close to the truth, and yet, she’s not sure who she can trust. Events take a deadly turn when she confronts the murderer and discovers the mystery of the Stewart family.

Will Shauna be rescued before time runs out, or will she meet with the same fate as the other servants?

***
So, how did the novel come about? Dangerous Indenture is one of those books that just jumped into my head. (Yes, every so often that happens to writers.) One day, I overheard the name Shawna Farrell, but I thought I’d heard Shauna Farrow. The name stuck with me and I wrote it down.

A few minutes later, I knew all about her: she was an Irish indentured servant who came to Pennsylvania Colony and worked at a house where a previous servant was murdered. Once I knew that, I started outlining the book.

Before I wrote a word, I did a lot of research. I was starting from a good place with the book—I knew where I wanted to set the story and in approximately what timeframe it should take place. From there, I spent time in the library going through history books, reading up on Colonial times (What life was like, what people wore, ate, etc.) and indentured servants (Where did they come from? Why did they leave their home country?).

As I wrote, I incorporated my research as background information. This gives the book a rich, historical feel without going overboard with details that slow down a scene or are of no interest to readers.

When I’m writing historical romances, I include details and descriptions that are integral to the story. I don’t bog down the plot with a step-by-step procedure for churning butter or how to saddle a horse, and I don’t go into an endless description of how to unfasten a corset (unless it’s befuddling a hero who is eager to remove it!)

And just because historical romances are set in time periods before cars, the Internet, and cell phones, that doesn’t (or shouldn’t) make them boring. My historicals include plenty of action, adventure, intrigue, danger, comedy, and sensual love scenes.

When I wrote Dangerous Indenture, I especially enjoyed creating the characters and setting the stage for the drama that’s about to unfold. Right from the start, we’re told that Stewart House is a place to be wary of, and then we (and Shauna) meet the master of the house, Joshua Stewart, and his strange family.

Our hero, Ashton Bailey, is flawed and has a lot of problems to overcome. For starters, he’s the black sheep of the family and has been sent home in disgrace. He has a reputation as a drunkard and a womanizer, and tends to get himself into troubling situations. By giving Ashton all this “baggage” I made him vulnerable and provided him with lofty goals to reach.

Shauna has come to the Colonies to start over and make a new life for herself. The last thing she wants is to fall in love with anyone—and then she meets Ashton. Shauna is headstrong and independent, and not your typical heroine. She’s brash and opinionated and falls in love with Ashton despite all of his socially unacceptable flaws. Ashton gives her the strength and encouragement she needs to keep going when things look bleak, and he stands up for her at a critical plot point in the story.

When I developed the secondary characters, I made sure to give them all interesting backstories and unusual quirks. Joshua comes off as a mean bear of a man, Minerva just might be crazy (and a murderer), Colin is… a villain in many senses of the word, and Lila thought she had everything going for her—for a while. Not everyone in Stewart House is as they seem, however, and this adds another level of mystery and intrigue to the book.

I love the characters and the fact that Dangerous Indenture is a romance blended with mystery. I had never written a romance set in Colonial times before, and combining all these elements into this Gothic-type story was a lot of fun.

I hope you enjoyed this look at the making of Dangerous Indenture. I welcome comments and questions from readers. Be sure to follow this blog for the latest updates, and visit me on social media. If you like historical romances, follow my Facebook Historical Romances page: https://www.facebook.com/Historical-Romances-by-Kelli-A-Wilkins-1703805359922371/