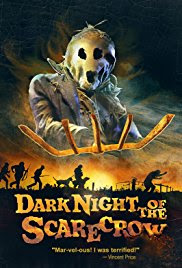 Happy Halloween! In honor of the holiday (it's my personal favorite), I’m blogging about my favorite horror movies.

Horror movies (like ice cream) come in a variety of flavors, and horror movie fans/buffs have their personal likes and dislikes. Some people are devoted to the classic 1930 and 1940 Universal Studios films starring Bela Lugosi and Boris Karloff. Others enjoy the British Hammer Studio films of the 1960s.

So what are my favorites among these categories? I have my list of “classics” but I’ve always had a special fondness for 1970s horror films. Some are considered classic or revolutionary, while other, low budget films fall into the “so bad they’re good” kind of cheesy bad. These drive-in specials used to be featured on late-night TV before the rise of infomercials (another type of horror!).

True fans of the horror genre don’t wait around until October or Halloween to celebrate all things spooky and creepy. We can find horror in a sunny June afternoon, at Christmas (hello Krampus!), or on a tropical island. Those of us who love the genre understand the mechanics of good storytelling, know why you need a convincing and scary villain, and give the often-maligned genre the credit it deserves for constantly evolving and reinventing itself.

I could go on and on (really!) but here’s a short list of my favorites in alphabetical order by genre. They’re not all necessarily gory or scary, but they have a good story, tense camera work, or are just plain cool — or strange — depending how you look at it.

There’s still time to check out a few of these movies before Halloween. Or, if you’re like me, you can watch them anytime. Many of these have been remade or have spawned sequels, so why not watch the original and then the remake?

Creepy Children:
The Other (1972) – Often overlooked story about creepy twins – need I say more? (Not to be confused with The Others with Nicole Kidman.)
The Bad Seed (1956) – An 8 year-old sociopath fools everyone (almost!)

Monsters:
Dark Night of the Scarecrow (1981) – Spooky TV movie that makes you wonder  about scarecrows..
Frogs (1972) – One of my favorites & part of the “animal revenge” genre of the 1970s, along with Squirm, Empire of the Ants, etc. The original poster had a hand hanging out of the frog’s mouth.

Murder & Mayhem:
Texas Chainsaw Massacre (1974) – The horror classic about a highly dysfunctional family – and there’s no blood – really!
Black Christmas (1974) – The first really creepy Christmas movie – still holds up after all these years
Halloween (1978) – The classic that still freaks people out. (Lots of remakes and sequels to check out - if you’re into that.)
Rosemary’s Baby (1968) – Paranoia and persecution = Polanski
Twisted Brain (1974) – Horror in high school (makes a great double feature with Bad Ronald!)
Children Shouldn’t Play with Dead Things (1972) – Friends dig up a corpse to use in a mock Satanic ritual. It doesn’t end well.
The Hills Have Eyes (1977) – A family takes a shortcut and meets another, stranger, family
Race with the Devil (1975) – While camping, two couples run afoul of a group of Satanists. (Anti-camping movies are their own genre!)

Enjoy them – at your own risk!


Posted by Kelli Wilkins at 6:41 AM No comments:

I hope you’re all avoiding the Christmas decorations that are invading the stores. What are they doing out already? Can’t retailers wait until November 1 to put out the snowmen? That’s scary, but today I’m sharing something spookier, a look at DEAD TIL DAWN…

Kathy leaves the others to fend for themselves and flees to Little Round Top. Although she’s rescued by a kindhearted Union solider named Charlie, she refuses to believe that what she’s experiencing is real. As the nighttime battle rages on, Charlie introduces Kathy to other weary soldiers, and she quickly realizes she’s trapped in the land of the dead until dawn.

So how did this story come about? Well, if you know me, you know I love writing psychological/creepy/spooky horror stories. And I also love traveling to historic places — especially if they’re haunted.

This novella was inspired by actual events that happened to me in Gettysburg, PA. I had a very unusual experience with battlefield fog and I wanted to use it in a story.

Although I don’t consider myself a “paranormal investigator” I love exploring haunted places and  taking ghost tours. Historic houses and basically “anything old and creepy” appeal to my imagination. Is it any surprise that I love Halloween?

Here’s an excerpt from Dead Til Dawn, featuring the infamous battlefield fog. I’m happy to say that the book got several great reviews on Amazon!

Steve leaned forward in the back seat and tapped Tim on the shoulder. “You think we can get to the Devil’s Den now? Won’t they have security guards?”
“Who’d guard a battlefield at night? Ghosts?” Tim chuckled.

“The ghost stories we heard today were cool,” Steve replied. “I wanted to take that ghost tour at the orphanage. They let you investigate and try to contact dead soldiers. Maybe tomorrow—”

“I told you, that was a rip off,” Tim interrupted. “Who cares who died out here, anyway? It was over a hundred and fifty years ago. I don’t know why you keep wasting your time and money on that paranormal crap. There’s no such thing as ghosts. People in town made up those stories to rake in tourist money and sell costumes to idiot reenactors. If playing dress-up… Whoa!”

Tim stopped the car. A wall of white mist covered the road ten feet ahead of them.

“Is that fog?” Jessica asked, brushing her long red hair over her shoulder.

“Yeah,” Steve answered. “But why is it there and not anywhere else?”

Kathy peered out the side window. The two-lane road was crystal clear on both sides of the car, but the line of fog blocked their path. “I’ve got a bad feeling about this. Let’s go back.”

Tim glared at her in the rearview mirror. “You wanna go to the hotel? Get out and start walking.”

Kathy pursed her lips and counted to ten. Tim was a controlling smart-ass who insulted everyone, and for the last two days she’d been his primary target. It would be a miracle if she made it through the rest of the weekend without killing him.

She considered her options. The hotel was at least two miles behind them. It would be an easy walk, but she didn’t think it was smart to go wandering off alone in the dark. Besides, Tim wanted her out of the car. She wouldn’t give him the satisfaction of doing what he said. If he wanted her to leave, she’d do the opposite.

“Then keep quiet,” Tim barked, then stomped on the gas and plowed into the fog.

Fog engulfed the car, blocking out the fields, trees, and fences along the road. Every so often Kathy thought she saw a glimpse of movement in the misty darkness, but it was hard to tell with Tim speeding like a maniac.

Steve pointed behind them. “Look back there. The town’s gone, swallowed up,” he said.

Kathy gazed out the rear window. Steve was right. Behind them, Gettysburg lay sleeping, wrapped in a blanket of milky whiteness.

“Sweetie, do you remember where the turnoff is?” Jessica asked.

“Yeah. I spent the whole afternoon trapped on that tour bus, visiting boring monu… what the—” Tim slammed on the brakes and the car screeched to a stop.

“Nothing. I thought I saw—” Tim paused and ran his hands through his short black hair. “I thought I saw the turn and I didn’t want to miss it. Stupid fog plays tricks on your eyes.”

Leaning forward, Kathy tried to see through the fog, but it was hopeless. It was as thick as paint and surrounded the entire car.

***
Wanna find out what happens when they get out of the car? Order your copy here:

If you’re ready for more horror stories, don’t miss Nightmare in the North and Kropsy’s Curse.

Posted by Kelli Wilkins at 9:04 AM No comments:

Are you ready to be scared? Beware of KROPSY’S CURSE.

It’s October, and you know what that means! Halloween is my favorite holiday, so I’m starting off the first October blog with a look at my Halloween-themed horror story…

This Halloween-themed 1500-word short story is a cautionary tale about playing with a Ouija board in a graveyard.

“Where is it?” Kyle whispered.

“Over there.” Jerry swung his orange plastic flashlight to the left. “Why are you whispering? It’s just a graveyard. Ain’t no body here,” he joked, then laughed.
“Come on.” Jerry hoisted his black backpack over his shoulder. “Hurry up. It’s almost midnight.”

Kyle’s sneakers slipped on the dewy grass as he followed Jerry down the last hill in the cemetery. He paused and glanced around. The moon appeared as a slit in the night sky. Dark clouds floated out of its way, and a sliver of pale yellow mixed with the blue-black night. Something made a noise off to his right, and he jumped. Maybe they should go home. This didn’t seem like fun anymore.

Kyle watched Jerry head deeper into the graveyard. He wanted to call out to him, tell him his plan was ridiculous, it would never work, they shouldn’t have snuck out and come here. Halloween night should be spent trick-or-treating, watching monster movies, and eating candy—not creeping around in an abandoned graveyard and trying to talk to a dead man.

Links to all other platforms: https://books2read.com/u/47kMYj

Love horror stories? Don’t miss my other horror ebooks - Nightmare in the North and Dead Til Dawn...

Visit my Amazon page for links, a full title list, and more!
www.amazon.com/author/kelliwilkins

Until next time,
Happy Haunting!
Kelli

Posted by Kelli Wilkins at 7:37 AM No comments: